Today I want to share the different weapons I decided to include in Void Terminal. Each weapon varies on behaviour and ammo. In order to apply these to the game I downloaded a couple of more animations from maximo.com, and found the 3d models of the weapons in turbosquid and cgtrader. You can find decent models for free in both sites, but you will require a subscription.

This will count with 50 rounds! It will not have a laser pointer.

This one was a requirement for the project! It counts with 100 rounds and will shoot at a faster speed than the blaster. This one will count with a laser tag! 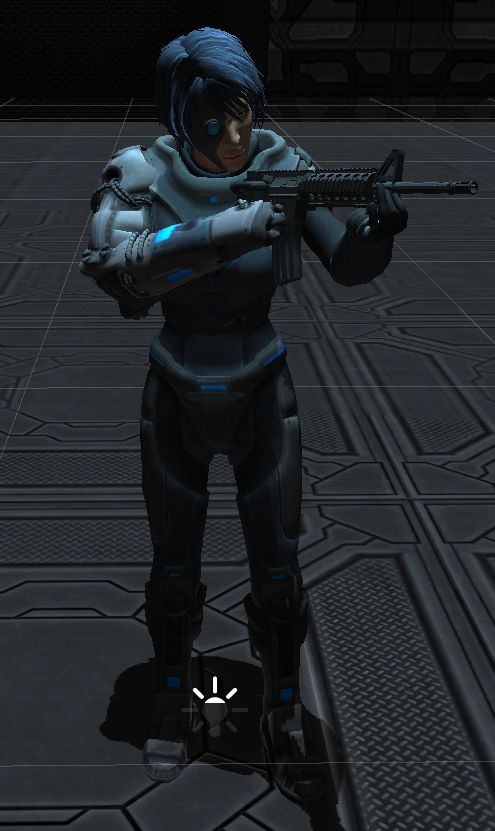 I was required to add a slow weapon like a rocket launcher, but instead I added a shot gun. This one will only count with 10 rounds but will do double damage than blaster and machine gun.

Last but not least my favourite weapon of all. A light saber! I might not have a rocket launcher but I do have a light saber! This one will do a bit less damage than blaster, but the player will be able to use it all the time. However, players will need to be careful since the only way to inflict damage is when the saber touches the enemy! Also, it has a fluorescent material and also glows!  I am very happy with this one! 🙂 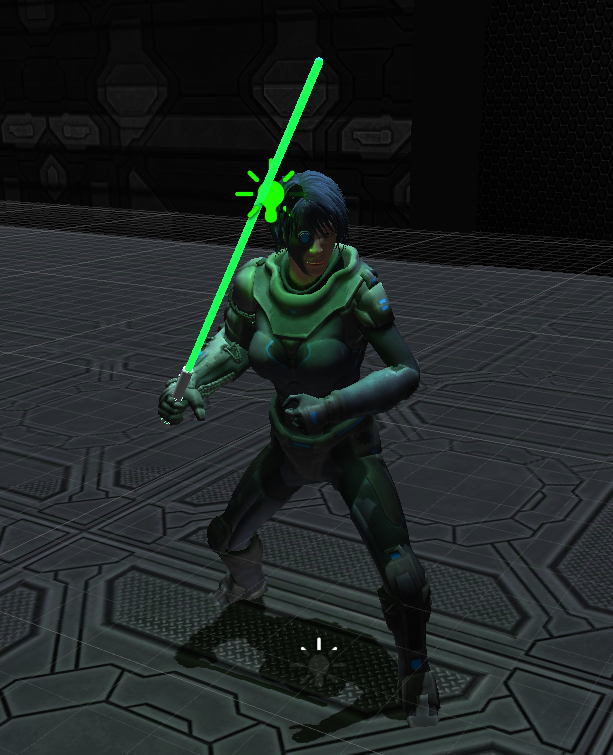 Well, I have the wave logic working but I still need to tweak it a bit more. Also, I need to set up a path for the second enemy type to follow, and set up the boss fight. I believe these are the last couple of things I will need to add to the game for it to be completed! 🙂

I will be posting the game once it is done! 😀 Look forward to it because it’s going to be awesome!